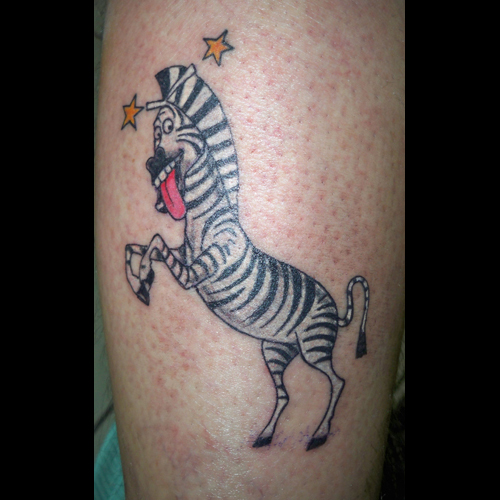 Wild zebras running free have captured the hearts and imagination of countless cultures worldwide. While the word zebra is believed to be Congolese in origin, their Latin name is Equiferus, which translates into 'wild, untamed horse'.

It's no surprise that most of the attempts to domesticate a purebred zebra have been unsuccessful. These beautiful animals are wild and free-spirited, as such, you may have better luck admiring their beauty instead of trying to control them.

In African folklore tradition, the Bushmen of Namibia give an account for how the Zebra got its stripes. According to the tale, the Zebra was originally white but after a heated skirmish with a wild baboon, it fell into a nearby fire and was burnt by the glowing fire sticks.

Zebras are highly social and roam the African grasslands in large groups. Despite living in a group, each zebra is a unique animal. Like fingerprints, no two stripes are exactly alike, which lends voice to the notion that a zebra represents a person's individuality and creative spirit.

Anyone who's had the opportunity of seeing these noble creatures up close, or the misfortune of being kicked by one, can attest to their physical strength and power.

The Meaning of Zebra Tattoos

Given the animal's long history with humanity, zebras have come to embody a number of traits, including:

Zebra Tattoo designs feature any number of elements, each of which changes the overall meaning of the piece.
Popular Zebra Tattoo variations include:

What better way to express your childlike innocence than to have a Cartoon Zebra Tattoo! In the highly popular Madagascar franchise, Marty the Zebra is the group instigator who always manages to start the chaos, but is always there when his friends need him most. Given that zebras are free and untameable in general, it's no coincidence that Marty's desire for freedom is the reason for the initial escape from Central Park Zoo. Cartoon Zebra Tattoos also show off your playful side.

There are a few things to keep in mind when choosing the right tattoo design. Think about what your new ink symbolizes to you. Does it fit with your personality and the motif that you're trying to create? Will you add other design elements? It pays to also keep in mind the position of your new tat on your body, since a tattoo in bad location can ruin a great piece of art. If you need some inspiration, then visit our design page at www.itattoodesigns.com and take advantage of our Custom Service. We'd be more than happy to help.